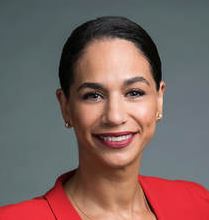 Noura Erakat is a human rights attorney and an Assistant Professor at Rutgers University, New Brunswick in the Department of Africana Studies and the Program in Criminal Justice. Her research interests include human rights law, humanitarian law, national security law, refugee law, social justice, and critical race theory. Noura is an editorial committee member of the Journal for Palestine Studies and a co-Founding Editor of Jadaliyya, an electronic magazine on the Middle East that combines scholarly expertise and local knowledge. She is the author of Justice for Some: Law and in the Question of Palestine (Stanford University Press, 2019).

Noura’s scholarly publications include: “Racism, whiteness, and burnout in antiracism movements: How white racial justice activists elevate burnout in racial justice activists of color in the United States" in Ethnicities; "New Imminence in the Time of Obama: The Impact of Targeted Killings on the Law of Self-Defense" in the Arizona Law Review; and "Overlapping Refugee Legal Regimes: Closing the Protection Gap During Secondary Forced Displacement," in the Oxford Journal of International Refugee Law. Her multimedia productions include the Black Palestinian Solidarity video and website as well as the Gaza In Context Pedagogical Project, featuring a short documentary. A full list of her scholarly publications can be found here. Her current research seeks to examine the activist praxes in contemporary renewals of Black-Palestinian solidarity as well as technologies of surveillance and counter-surveillance in greater East Jerusalem.

Noura served as Legal Counsel for the Domestic Policy Subcommittee of the Oversight and Government Reform Committee in the House of Representatives from 2007-2009. Prior to her time on Capitol Hill, Noura received a New Voices Fellowship to work as the national grassroots organizer and legal advocate at the US Campaign to End the Israeli Occupation. Noura worked as the Legal Advocacy Coordinator for the Badil Center for Refugee and Residency Rights from 2010-2013. In that capacity, she drafted their submissions to the human rights treaty bodies and lobbied the US Congress as well as diplomatic missions at the United Nations on their behalf.

Noura earned her J.D. and undergraduate degrees from the University of California at Berkeley (Phi Beta Kappa) and a LLM in National Security from Georgetown University Law Center (Distinction & Dean’s List). She also earned a LLM in Legal Education by completing the Abraham L. Freedman Teaching Fellowship at Temple University, Beasley School of Law.